In the late 19th Century the synthetic production of sodium carbonate was prevalent in the Widnes and St Helens region of North West England. The rapid growth of the chemical industry dictated the requirement for this product however there were some associated problems.

The process used in manufacturing sodium carbonate was massively inefficient with the quantity of raw materials outnumbering the saleable product by a ratio of 6:1. Moreover, large amounts of a waste material called galligu were produced. Geotechnically galligu is an interesting material and the properties it exhibits differ according to its oxidation state and water content. When dry galligu is similar in texture to silt however an increased water content or indeed physical handling quickly transforms the material into a thixotropic mass.

Huge quantities of galligu were produced and owing to the unregulated manner in which it was disposed it underlies much of the region. The presence of galligu can heavily constrain land development and construction and this was certainly the case for our client Britcon.

This shift between geotechnical states of galligu presented an issue for Britcon as part of their development required excavation of up to 4.5m bgl for installation of underground tanks and basement floor levels. Simple excavation of the galligu did not prove successful as the physical handling process changed the physical state from solid to liquid. Even if the excavation had have been successful the sides of the void would not have been stable enough to allow work to continue safely.

It was at this stage that Ash Remediation Management were appointed as the stabilisation contractor. Ash Remediation Management conducted laboratory based trials to optimise a treatment mix and through the use of the Allu Power Mixer and Pressure Feeder stabilisation of the galligu was carried out. A total of 1500m3 of galligu was stabilised and following approximately seven days curing the galligu was in solid state and subsequent excavation was possible. Moreover, the sides of the excavations were stabilised which allowed work to be completed safely within the void. 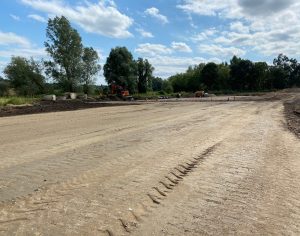 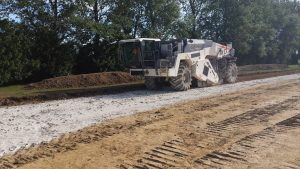 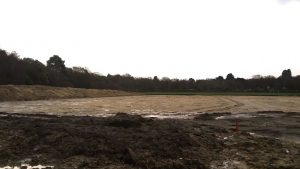 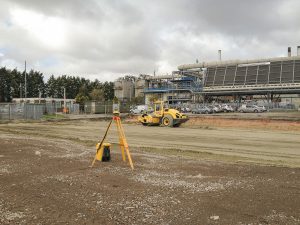